A share from my lovely Customer – Katherine R. Perez

“Not so long ago, Real Baby Dolls shook the whole of Europe. These baby dolls look so authentic that sometimes they cannot be distinguished from real living babies.
The Real Baby Dolls family was known for creating various dolls from the 1940s. In the 50s of the last century, these dolls were already well known for their excellent quality, beauty, and realism. The most popular dolls in this collection at the time were Chelito and Pepin dolls. 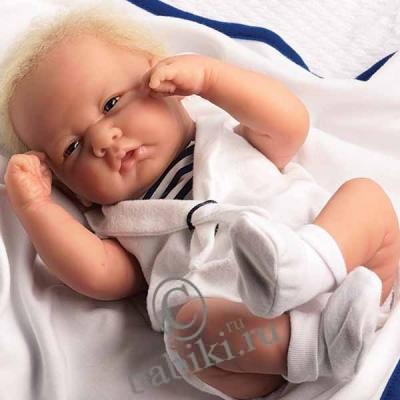 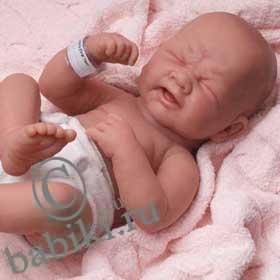 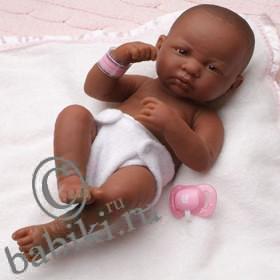 Later, the son, Salvador, takes over the baton from his father. The son has no less amazing talent for the design of dolls. Salvador began its activity in 1967 and continues it to this day, more and more seeking in its works an original resemblance to reality. Over the past half-century of its existence, the company has established itself in the markets of the whole world.

Nowadays, the company even has its own doll clothes design studio, which is distinguished by extraordinary beauty and elegance. Collectors all over the world spend a lot of money on the purchase of such dolls to replenish their collections.

In addition to all kinds of ordinary, the manufacturer has a number of dolls from the royal series, especially for collectibles, as well as dolls from the fantasy series.
In addition, the company also produces dolls of different races and skin tones, which are widely distributed in the markets of America and Europe. These dolls are not sold in ordinary toy stores, but you can easily buy them at the famous worldwide.

In the production of Reborn Dolls in Spain, a special soft and elastic alloy of vinyl and other types of plastics is used. In addition, a special flavoring agent is added to the vinyl, which somewhat resembles the smell of baby oil “Baby oil”. Not one Reborn Doll is equipped with mechanisms: they do not cry, do not laugh, do not sing, and in Reborn Babies do not move eyes that make them either open or closed.

The company offers a choice of a wide variety of dolls with different facial expressions, which makes each of them unique.
Many children’s clothing stores buy Reborn Baby Dolls to put them in a shop window, using them as a mannequin. However, buyers, fascinated by the beauty and realism of dolls, want to buy dolls along with clothes.

One of the famous models of modern dolls from this company is “La Infanta Leonor”. The model for its creation was the photos of the daughter of Prince Philip of Asturias and Princess Laetitia born in October 2005. The doll was a great success, and the entire small first print run was instantly sold out. 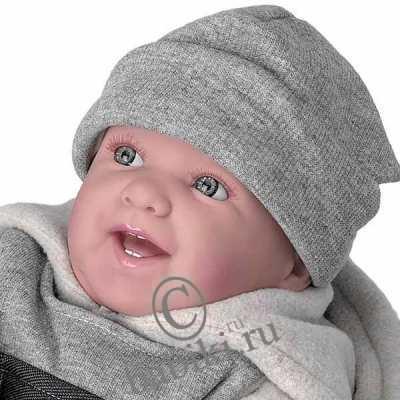 Some amateur artists buy Reborn Dolls and rework them themselves, making them more perfect. The doll is disassembled in parts, which are first covered with paint from the inside, this makes the vinyl parts are not transparent and gives them a natural shade of human skin, and then, using special tools, hair is attached. To make the doll’s body look even more like the baby’s natural body, it is also covered in paints outside. At the same time, they draw thin veins on their arms and legs, and their cheeks, palms, knees and h, els are covered with special rouge to also give the doll a more realistic look. The finished doll is stuffed from the inside with plastic material so that its weight is equal to the weight of a natural baby, that is, about 3,500 kg. The nails of the dolls are coated with colorless varnish. 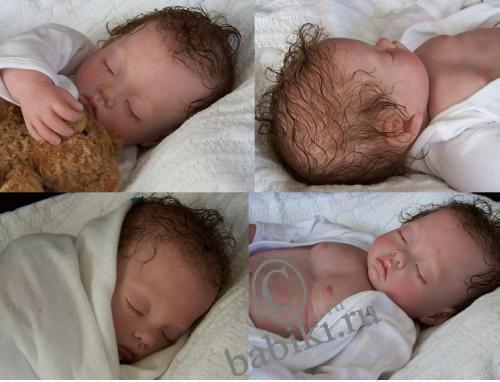 Such dolls are called “reborn”i.e. reborn and put up for sale at the same auction. At the same time, they write a beautiful text, for example “Hello! My name is Angelina. I am a beautiful baby who was born again on February 5, 2007. My height at birth was 50 cm, and my weight was 3,500. I am looking for my new mother, to whom I will come in a beautiful pink little suit, with a nipple and diaper, as well as an identity certificate. ”

In addition to such a letter, many photos of this doll are presented at auction from all angles, dressed in charming costumes, with additional accessories, for example, with a pacifier or bottle, as well as a soft toy, etc.

And such newly born dolls are eventually sold at auction, moreover, if the approximate price of an ordinary Cheap Reborn Dolls average of $ 70, then-by reborn dolls go at auction for a total of more than 1,000 US dollars. ”
” 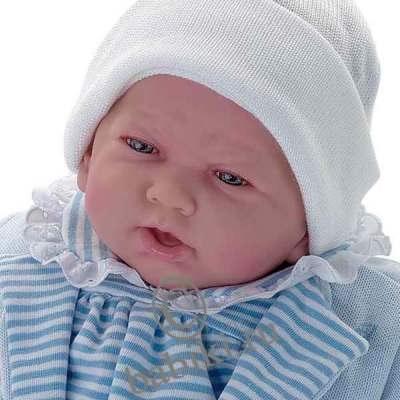 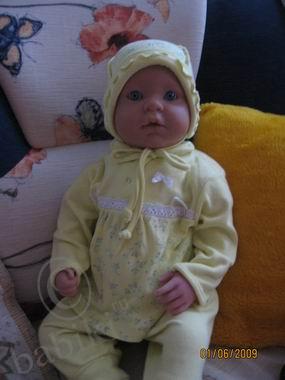 On Cheapreborndoll Store, I bought parts of cheap reborn dolls and molds “Pfylis Jean” from Lisia gregg. I want to try to make Reborn Dolls. Previously, for the sake of interest, the Reborner gathered the mold with the head, so even the unpainted doll looks alive. My suit is wearing my daughter’s size for about 3 months.
Is the doll soft?
in the photo you can hardly see a face – if there is a photo closer – show it

(and even better create your temka in this section and tell us more about your dolls)
Have you already bought paint?
A few more photos of Reborn Dolls for Sale: 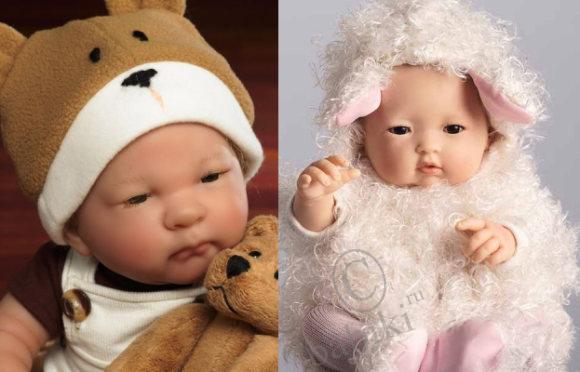 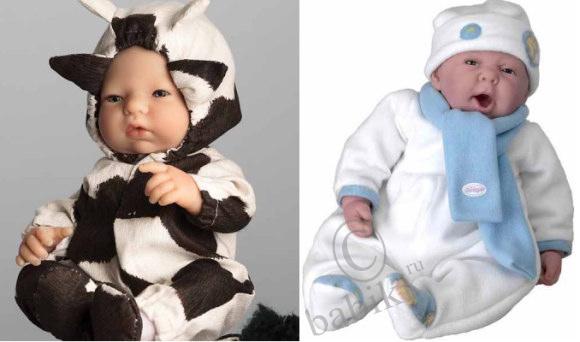 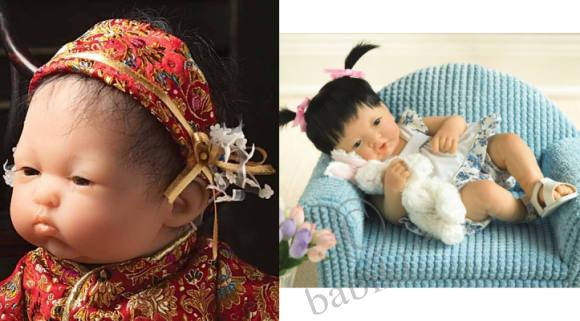 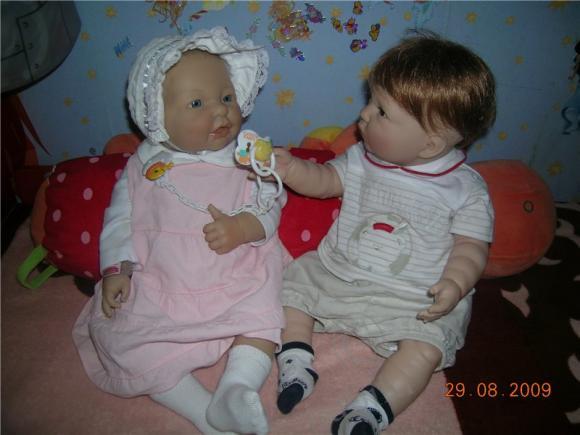 my Reborner pupae
How I like this photo !!! Kids are so sociable 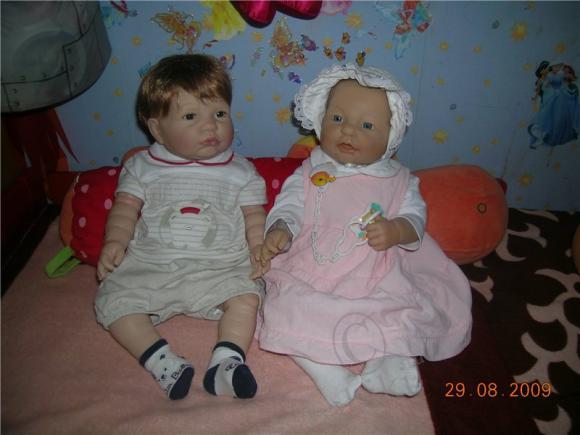 What a beautiful live as they sit !!!
thank.)))
Matilde , congratulations on your new baby!

She is just so positive!

And her brother – also very pleased with the view!

Wonderful boy!
what slaaaaaaadenky !!! so hunt it up and shake it …
How sweet and expressive they are !!!

She found a few photos from the new collection of Reborn Baby Dolls 2010, can someone else dig up something? Dolls as always gorgeous!
Photo of one of the IDEX 2010 participants. 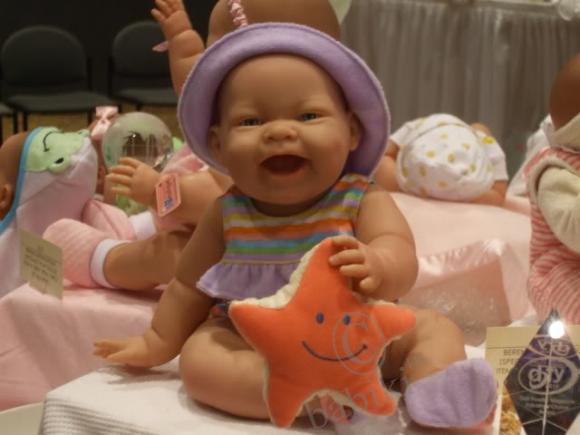 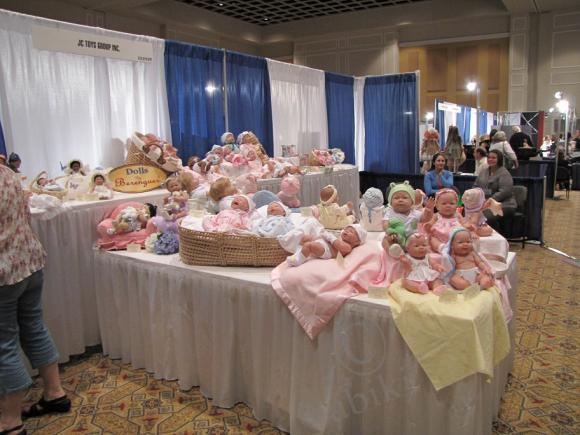 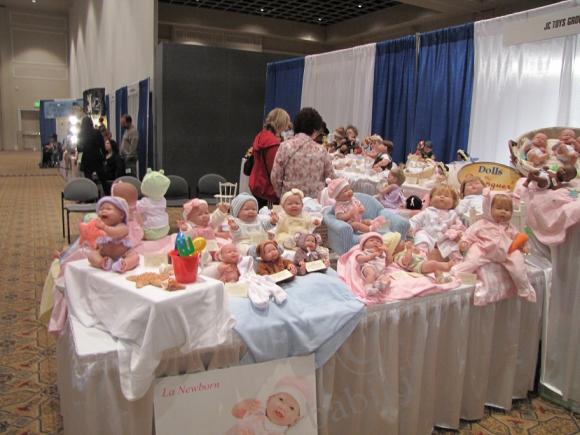 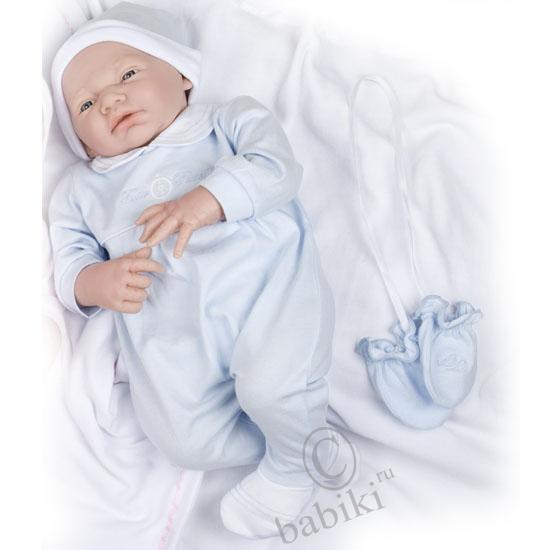 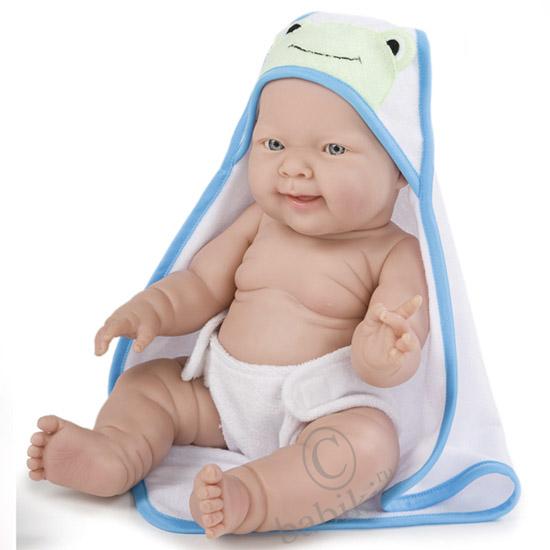 is the new lily 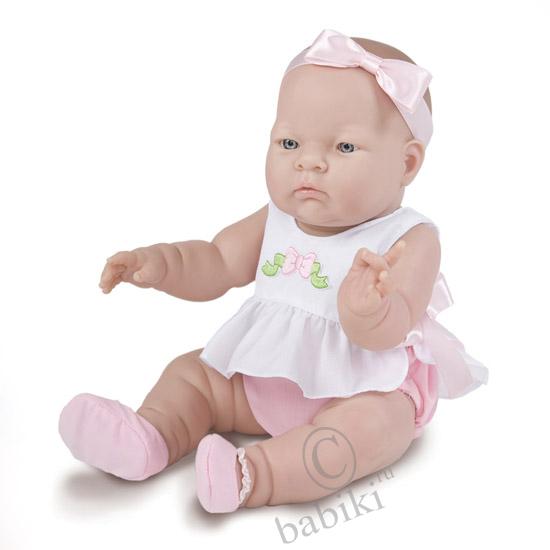 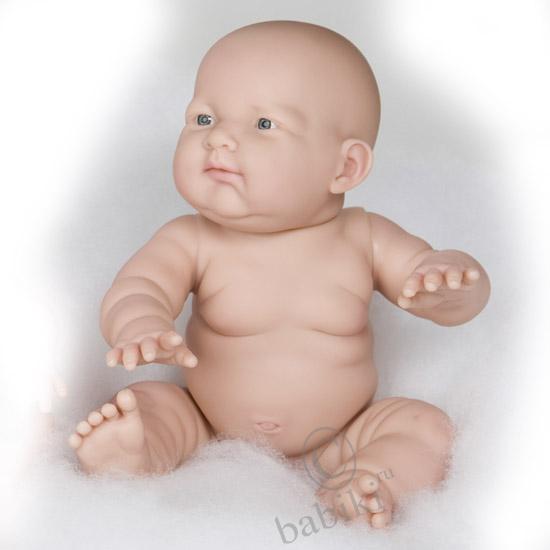 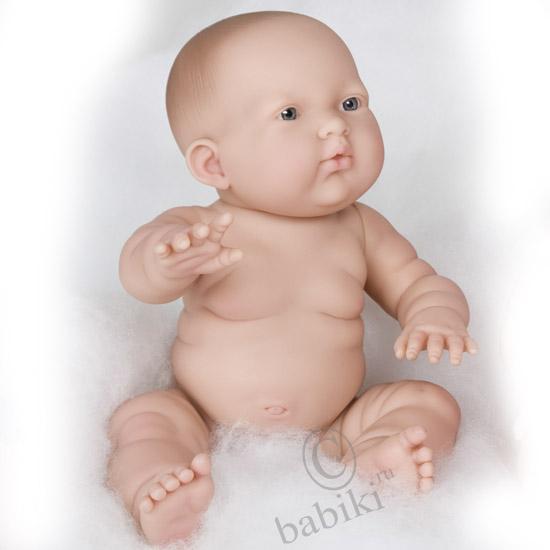 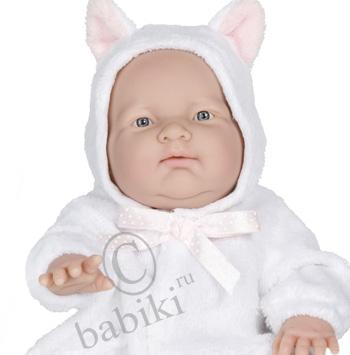 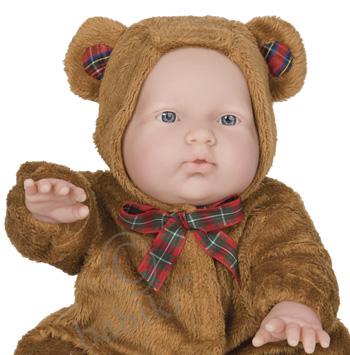 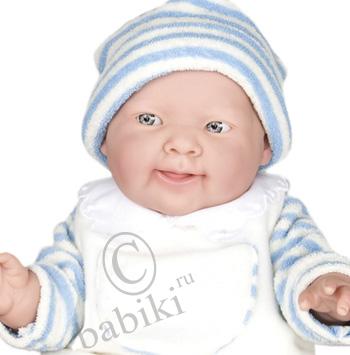 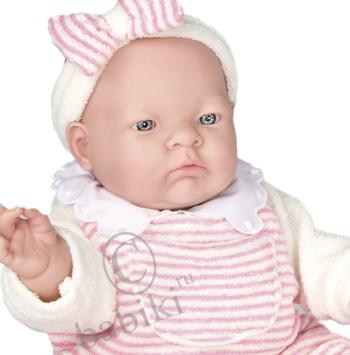 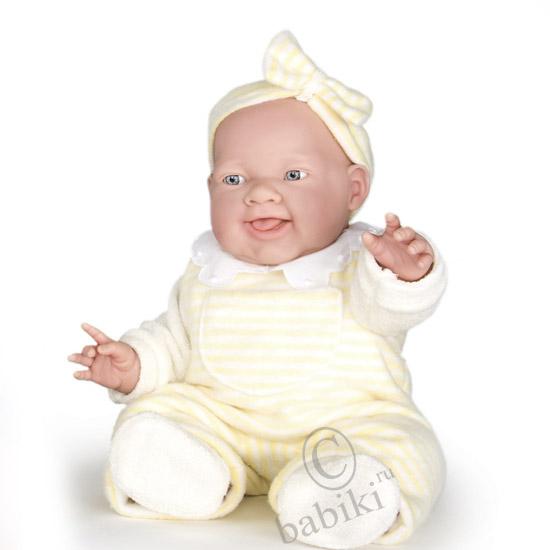 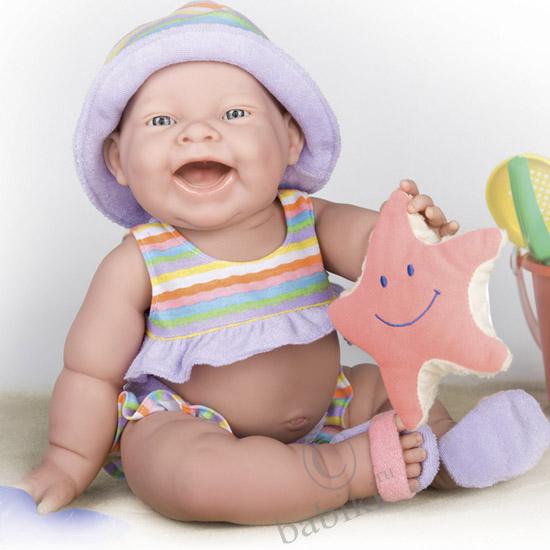 What sweet donuts, from Lukas and Lily just loved it !!! And I wonder where you can buy them?
While not selling them, only pre-order. But soon, I think, to appear. Mostly on e-beat you can buy. In Russia, I have not met.
I really liked the girl with an asterisk. You can buy them only in summer. (
Let’s wait !!! Summer is soon! I also liked this girl very much, I persuade myself that I do not need more dolls, I do not play with them, they just sit. And the daughter does not play. But I want vseravno.
Jana, I have the same situation. My people are sitting on a shelf like little orphans. I rarely take pictures of them for photos.
Girls, my niece wanted a newborn Doll (bigger than B. Born). Sometimes they write height 14 or 18. How many people can see it? Can anyone know?
they write in inches, inch-2.54 cm. Ie.14 = 35cm and 18 = 46cm
Thank you we will pick up, the child whines and whines, we will wait until the summer !!! Or maybe someone will sell, then get faster !!!
What puzatiki! I want the same! And then my children are so small when they are skinny

, but they want a puff!
Apparently, this article was written sooo long ago, when, even in Russia, everyone believed that Reborn was only made from Reborn Doll Store and did.

Or was it this article that misled everyone?

Just yesterday I met Reborner, who said a bunch of phrases, and even sold with a dog that barks.

And this is not some kind of alteration, the doll came from such a factory.
And on the preview of this topic – my girl’s photo, which I’m really looking forward to, but the nasty post doesn’t want to deliver it to me

what are they all beautiful and alive !!! all with your character !!! great !!! and how about how much is this malaava?

and where can I buy Reborn dolls ??? maybe someone has a link ???? thank you in advance
Yesterday I bought from an Online toy store in cheapreborndoll.com and saw the original Reborn Baby Dolls … sometimes there are very interesting dolls in this store. The kid was a copy of Lola (or maybe this is her), anatomically – a girl. I definitely didn’t see how to call her … I was embarrassed that the baby was in a huge bath, with a shower, a faucet … and a music bath, but everything is so high quality! Dushik worker – water pours out of him … the baby was sitting in the suit. The price for all this pleasure in the store is 3000 … I turned, but I have not bought it yet. The box is huge !!! I will go tomorrow and if I decide to buy, I will upload a photo)))) Little dolls are not my plan … I enjoy collecting Barbies. But even this kid hooked me up for life)))
Tags:
affordable, baby doll, cheap reborn baby dolls, cheap reborn dolls, child, doll, dolls, kid, life like dolls, real baby, real life dolls, realistic baby dolls, reborn baby, reborn baby boy, reborn baby girl, reborn babys, reborn dolls, reborn dolls for sale, reborn dolls sale, sale, silicone reborns
Facebook Twitter Google Email Pinterest
Newer Review Silicone Reborn Dolls Rose like Real Infant
Back to list
Older The most interesting mold Reborn Baby Dolls for Sale

Where to buy Reborn Dolls in Canada?

Facebook Twitter Google Email Pinterest
Where to buy Reborn Dolls in Canada?Before you buy a doll on the selected site, you need to familiarize yourself with the section...

END_OF_DOCUMENT_TOKEN_TO_BE_REPLACED

Facebook Twitter Google Email Pinterest
As living: why do we need Reborn dolls?“Reborn” is a baby toy. It is made so naturalistic that indistinguishable from the livin...

END_OF_DOCUMENT_TOKEN_TO_BE_REPLACED

What are Reborn Dolls?

Facebook Twitter Google Email Pinterest
What are Reborn Dolls, they know not all. But this is caused by the results of these dolls. It’s so much fun because they’re so much li...

END_OF_DOCUMENT_TOKEN_TO_BE_REPLACED

THE HISTORY OF THE APPEARANCE OF REBORN DOLLS AND THEIR FEATURES

END_OF_DOCUMENT_TOKEN_TO_BE_REPLACED

Facebook Twitter Google Email Pinterest
Our customers have been misused by her crooks as below, hoping my customers are careful - From our lovely customer nickname Jessica T. ...

END_OF_DOCUMENT_TOKEN_TO_BE_REPLACED

Facebook Twitter Google Email Pinterest
This is a review from my lovely Customer - Cynthia J. McNeil Good afternoon, girls! Today I want to introduce you to the baby Reborn...

END_OF_DOCUMENT_TOKEN_TO_BE_REPLACED

The most interesting mold Reborn Baby Dolls for Sale

END_OF_DOCUMENT_TOKEN_TO_BE_REPLACED

close
Start typing to see products you are looking for.